A contestant in Wowowee sang a song. It was out of tune.  I commented, “Ano ba ‘yan! Wala sa tono!”
Ronald, my flatmate, answered, “Meron. Sariling tono n’ya nga lang.”

Posted by orleebaldedara on March 23, 2010 in Uncategorized

Wowowee vs Eat Bulaga: Which is Funnier?

Posted by orleebaldedara on February 26, 2010 in TV Stuff

During the Willie of Fortune segment of Wowowee last week, one contestant’s daughter was asked by Willie, “Anong masasabi mo sa nanay mo?”

Posted by orleebaldedara on November 9, 2009 in TV Stuff

After a month of absence, Willie Revillame is back in Wowowee.

And he’s suspended again for another month. Nice!

Posted by orleebaldedara on September 29, 2009 in Uncategorized

What happened? We’ll find out tomorrow. 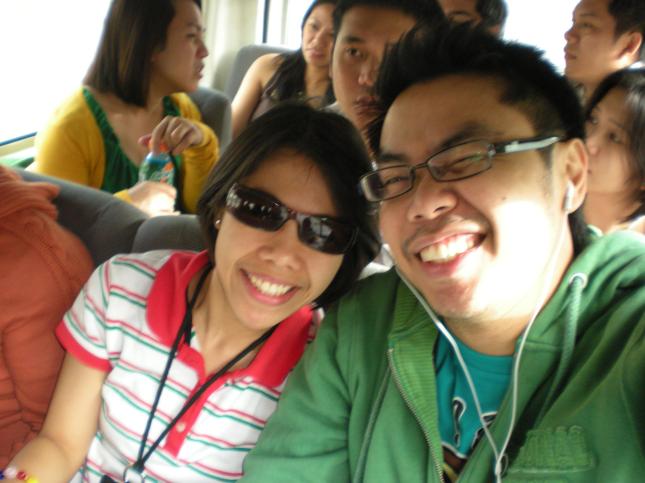 Posted by orleebaldedara on May 6, 2009 in Dubai Friends

While waiting for Wowowee in Dubai (waiting meant 3 hours standing in the field in Dubai Festival City at the sun’s highest point), my flatmates and I got tired and exhausted. No food and water was allowed inside the venue while people of all ages, nationalities and odor were cramped in the big venue. It’s a stampede waiting to happen.

Lycel and Bing lied down on the concrete floor to hide from direct sunlight by the shadows cast by me, Gab and Jules.

Gab was chewing gum at that time and ofcourse to kill the time, we goofed around. While goofing around, his gum accidentally fell from his mouth and landed on Lycel! On Lycel’s crotch area! He was so embarrassed that he almost picked up the gum.

“Ay shit! Sorry!” Gab screamed while almost acting on picking it up.

I stopped him, “Gab! Huwag!” because I was embarassed for the almost crotch action.

Lycel, on the other hand, realized the gum on her ‘pants’ and was disgusted by it. She can’t do anything about it because of Gab’s saliva all over the gum.

We were all laughing hard at the thought of it, when Lycel stood up and made the gum fall off.

Posted by orleebaldedara on April 24, 2009 in Dubai Friends